Sat-Sun: by appt only 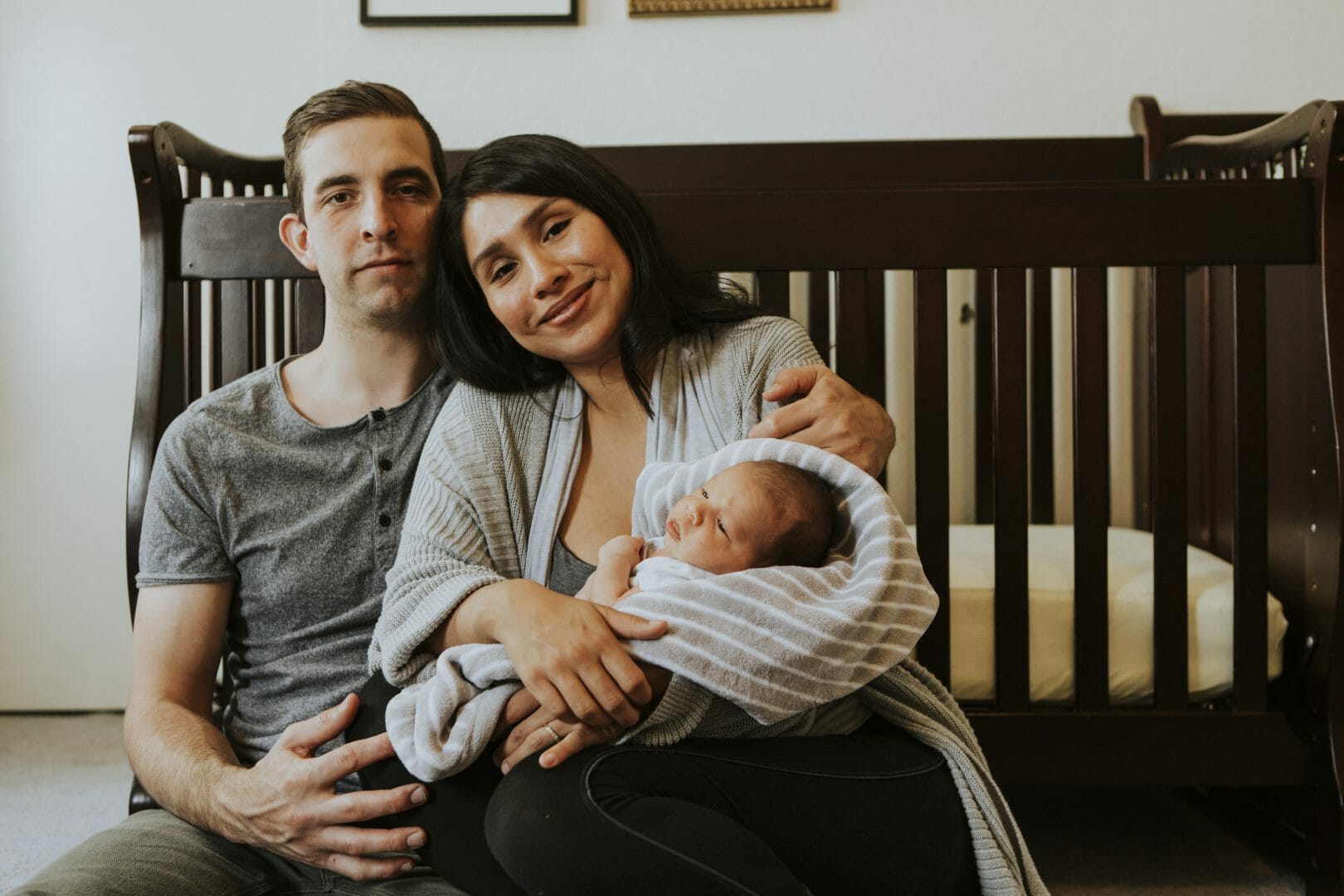 In this, third and the final part of my discussion of parenting plans for the special needs children I would like to focus on AUTISM SPECTRUM DISORDERS

Autism spectrum disorder (ASD) is a group of neurodevelopmental conditions whose primary features are: signiﬁcant difﬁculties with reciprocal social interaction, deﬁcits in verbal and nonverbal communication, and the presence of repetitive or ritualistic behaviors. They have poor nonverbal skills for social relations (i.e., not making eye contact, lacking facial expressions, not reading social cues) and may lack interest in peers. Many ASD children also evidence a restricted pattern of behavior and may also perseverate on speciﬁc areas of interest or engage in repetitive motor movements. Children with ASD frequently insist upon excessive environmental repetition and an inﬂexible adherence to routine. Thus, they have difﬁculty with transitions between settings, and they may display extreme distress at small changes in their environment.

There are a myriad of treatment approaches for ASD that place heavy demands on parents not only to support the treatment, but to implement speciﬁc behavioral strategies. For the ﬁrst 3–4 months of many treatments, parents are asked to work alongside an experienced team member for 5 hours per week. Thus, parents learn to become effective therapists for their children at home. It is often crucial for parents to implement teaching procedures at home. This includes encouraging their children to use communication skills in everyday settings, incorporating self-help into children’s daily routines, and arranging activities that promote further skill development, such as outings and play dates. Parents must also be strong advocates for their children by actively investigating the most appropriate school placements and regularly communicating with teachers about their child’s progress. Depending upon the severity of ASD, behavioral therapy is often supplemented by pharmacological treatment, as well as speech-language therapy, occupational therapy, and in some instances, sensory integration therapy or social skills groups.

Children who have ASD present major challenges for both intact and separated families.

Safety and Supervision: Regarding physical and environmental safety, an extraordinary level of supervision is required for lower-functioning ASD children and teenagers. They are especially prone to physical dangers due to excessive self-absorption such as not looking out for cars. Children with ASD can also easily become the victim of strangers. Given how serious these risks can be, in my mediation practice I try to assess which parent is most attentive to physical dangers to insure the ASD child’s safety. This can include “childprooﬁng” in unanticipated ways. Medical safety might also be an issue when a parent cannot recognize signs of pain or illness, especially when the ASD child is unable to report these conditions verbally. The level of needed supervision only intensiﬁes when ASD children engage in self-destructive behavior (such as head banging) or go into extreme rages if they are frustrated. In these instances, the child may require physical restraint in addition to emotional soothing and behavioral redirection. Having a parent who can provide vigilant supervision consistent with the ASD child’s functional capacities is a protective factor for ASD children.

Structure and Predictability: ASD children have an excessive need for sameness and consistency in their daily routines, and they thrive with schedules and predictability. In turn, they tend to become anxious and may have tantrums when their routine is disrupted in even small ways. It is not imperative, nor even desirable, for parents to meet the rigid standards that autistic children seem to demand. Thus, parents need a breadth of parenting skills to provide structure and consistency, but also to respond to the inevitable upsets of the ASD child. The ability to maintain a consistent structure and routine, while providing appropriate discipline, positive reinforcement, reasonable and timely consequences and ﬁrm but non-punitive limit setting are all crucial. The parent who is “in denial” about their child’s condition will have far more difﬁcultly providing the specialized parenting needed with ASD children.  As mentioned, children with a moderate to severe ASD often need 24 hour supervision, so the question frequently becomes which parent has the time availability to supervise closely and manage the child’s needs, while also getting them to appointments for special therapeutic or medical services.

Medical Interventions across Homes: While pharmacological intervention is not considered a primary treatment for ASDs, recent surveys show that 45% to 50% of children and adolescents with ASDs are treated with medication to address neurobehavioral functioning and cope better with daily routines. This is due to the fact that many ASD children have higher rates of symptoms of ADHD, depression, and anxiety than non-ASD children. It is not unusual for one parent to take a child to a physician and even implement a regime of medication without the other parent’s consent or involvement. Not only might the other parent then become angry, but they might also refuse to comply with the medical regimen. This can be medically dangerous to a child, as consistent administration of medications across households is imperative. Thus, inter parental conﬂict and a non-cooperative parent are signiﬁcant risk factors for the ASD child. In its extreme, the situation might have to be managed by one parent having sole legal custody over medical decisions, as well as primary or sole physical custody, with the other parent having visitation when administering medication is not necessary.

Advocacy and Availability: Most ASD children require a host of special education and therapeutic services. In divorced families, a key issue is which parent can best serve as an assertive advocate for their child by both researching and obtaining such specialized services. Furthermore, it is imperative that parents of ASD children sustain very consistent contact with teachers, counselors and treatment providers. An assertive advocate-parent is a protective factor for ASD children, while a passive parent, unwilling to put the time and effort into obtaining special services, leads to greater risks for the ASD child. In addition to needing specialized educational plans ASD children often need occupational and speech therapy. For children with moderate to severe ASD, a high level of parent participation and training is required. Thus, an important consideration for a parenting plan becomes whether only one, or both parents can be available to participate in the parent component of behavioral treatment. Also, with ASD children, there are typically a host of decisions that need to be made regarding which educational intervention to pursue and what adjunctive mental health services may beneﬁt the child. In situations of high-conﬂict divorce or where parents have very limited ability to make joint decisions, it may be necessary to have one parent with the legal authority to make accurate and timely decisions. At times, there may be two reasonably effective parents who are highly invested in their child and willing to follow through with therapeutic and medical interventions, but just disagree about the type and scope of such interventions. If joint custody is maintained, the services and oversight of a Parenting Coordinator may be necessary.

Timeshare considerations: Even under the best of circumstances, when there are two capable parents with a functional co-parenting relationship and general agreement on treatment approaches, traditional joint custody timeshares may not be feasible. Because ASD children generally function at a lower developmental level than that of their chronological age, parenting plans must be recalibrated to the functional capacity of the child. Moreover, for many ASD children, the need for sameness in environment may supersede the need for sameness of routine. Thus, even if routines in two homes are coordinated and come close to mirroring each other, the ASD child may still be stressed by merely transitioning to a different physical environment. Many ASD children or teens may desire to maintain a primary home and have few or no overnights at the other parent’s home. Parenting plans must accommodate this basic need that arises out of the disorder to prevent exacerbation of symptoms. Even higher functioning ASD children ﬁnd it difﬁcult to transition between homes and require longer periods to adjust to the shift in residence.

Get the latest updates and offers.